TALK THROUGH IT ◊ EPISODE FIFTEEN

IN THIS EPISODE OF TALK THROUGH IT, STUART MELTZER SPENDS SOME TIME WITH HARLEY DELCOGLIANO, A MEMBER OF THE WOLVES TEAM! 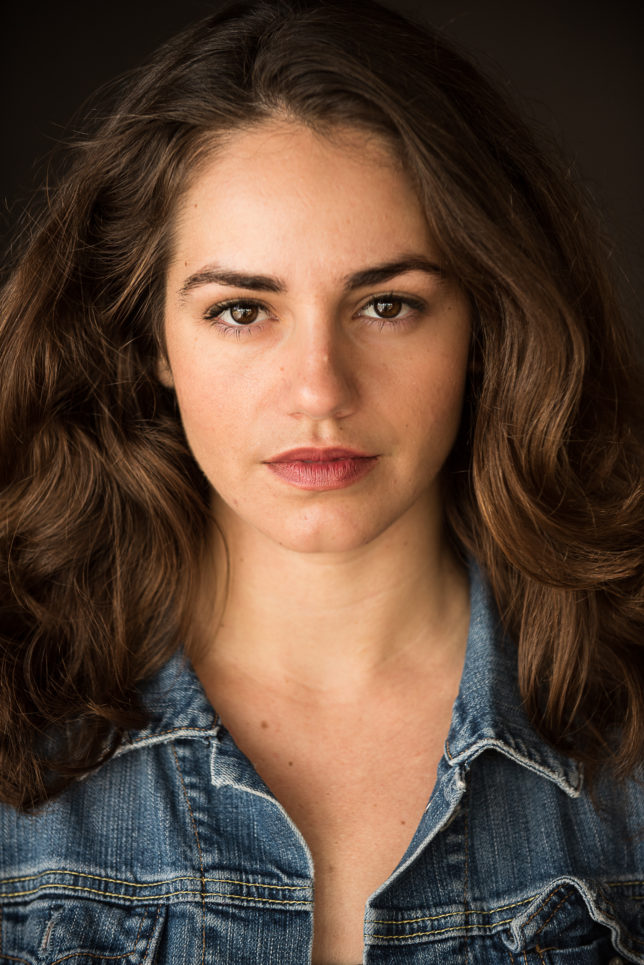 Stuart: Hi Harley, how are you?

Harley: I’m good, how are you Stuart?

Stuart: I’m doing well, this is our third week of rehearsal.

Harley: What I love about this process is how everyone is getting along and it’s so collaborative and that’s thanks to you—for making it collaborative, and it’s a conversation and there’s always new discoveries. That’s my favorite part.

Stuart: I hope so, and I would hope to think there are a lot of rehearsals that are like that, but I think this play in particular warrants that type of collaboration.

Harley: Yes! And it’s a team of nine girls!

Stuart: Exactly! Have you ever been on a team—a sports team?

Harley: I have been on a sports team.

Stuart: What did you play?

Harley: I was forward. I actually played the position I play in the show.

Stuart: How funny I didn’t know you played soccer!

Harley: It varied because it was recreational, they liked to switch off and everyone could play different positions, but I mostly played striker, and just like how—not necessarily divas, but there’s a competition between you and another girl, because there’s always someone better than you that makes you work harder.

Stuart: The Wolves is about an indoor soccer team for high school girls, and it sort of explores that kind of competition within the team and the kinds of pressures that are put upon them-even by themselves. That being said, do you like playing sports?

Harley: I do, I’m a naturally competitive person.

Stuart: Do you have brothers and sisters?

Harley: I have two older half-sisters and one younger sister. She’s seventeen.

Stuart: So, were you connected to either of them in your life?

Harley: Yeah, I remember playing sports with my dad and my older sister in the back yard.

Stuart: Where did you grow up?

Harley: Originally, I’m from New Jersey. I spent half my life there and half my life in Florida. I moved when I was 10, and I’ve been in Florida for 12 years now.

Harley: I was terrified to graduate just because this is the beginning of the rest of your life, as cliché as that sounds, but you have so much control and no control at the same time. It just takes a lot of responsibility and guts and dedication to go after exactly what you want.

Stuart: What is it about acting that you like?

Stuart: In The Wolves, your character, #7—

Stuart: -she isn’t always the nicest person, why do you suppose that it?

Harley: Based off the clues in the script, I think her mom walked out on her family, and her dad isn’t really there for her. She refers to him as an “asshole” in the script, so I wouldn’t assume they have a great relationship, maybe even non-existent. I think that she’s really bitter about the things that she’s been through, she takes it out on the people she’s jealous of.

Stuart: She goes to Catholic School.

Harley: Yeah, which is just a very oppressive environment to begin with. I think that’s also why she’s so rebellious!

Stuart: Did you mouth off as a young person?

Stuart: Who got more offended, your mom or your dad?

Harley: My dad, for sure.

Stuart: Was he very strict with you?

Harley: No, my mom was really strict. I played the guinea pig for my [younger] sister! She’s allowed to do whatever she wants.

Stuart:  Your sister is 17? And now applying for colleges?

Stuart: What does she want to do?

Harley: She’s really into creative writing and learning different languages. She taught herself Korean which really impresses me! And she always sends me her poems, they’re beautiful.

Stuartarley: If you were to give her advice about going into college freshman year, what advice would you give her?

Harley: Fear will always be there but it’s something you will overcome.

Stuart: It has been joyous watching you in rehearsals, you’re so fun, your character is really fun! And your best friend in the play is someone who you went to school with, Rachel O’Hara!

Stuart: What’s it like working with somebody so closely now that you were really close with in school?

Harley:  I love working with Rachel because I know when I’m working with her there is going to be so many ideas and we have so much chemistry. We just have fun together and I feel like it shows onstage!

Stuart: Absolutely, it does. What’s the experience you think the audience will take away from seeing The Wolves?

Harley: To me this story is a coming of age story, so the audience will get to see the nitty-grittyness of what girls feel growing up. The shame and the combating authority and stuff like that.

Stuart: All through humor, and through some pretty dark moments.

Stuart: Well I look forward to seeing the next several weeks of your time here and how much you grow!

Stuart: Thank you! And thanks for chatting with me!