TALK THROUGH IT  ◊ EPISODE TWO

STUART MELTZER TAKES A BREAK FROM REHEARSAL TO CHAT WITH RYAN DIDATO, LEAD OF THE CURIOUS INCIDENT OF THE DOG IN THE NIGHT-TIME

Stuart: This is where you say “Stuart Meltzer”!

Ryan: Stuart Meltzer. Sorry not off book yet.

Stuart: Okay so today ends the first day of rehearsal for Curious Incident of the Dog in the Night-Time! What are your thoughts after day one?

Ryan: It’s really nice to hear the other words after running the lines alone in your room for months.

Stuart: How long have you know you were doing this play?

Ryan: Almost a year! Which almost never happens in my life, so I’ve been thinking about this play and character and this whole thing for about a year!

Stuart: I remember when we were working, a year ago, on Christopher Demos-Brown’s play Wrongful Death and Other Circus Acts talking to you about the possibility of doing this role. And I was very frank with you, I said I wanted you to do it early on because a) I love you as a person and b) I love you as an artist and an actor, and really I saw you in the role. I saw you in it for a number of reasons: the physicality of the play, the commitment—I know how much you care about the roles you do, and I thought that Christopher Boone was, you know, a part of you.

Ryan: This role is a challenge and I wouldn’t be doing this, I wouldn’t be an actor, if I didn’t like the challenge. It’s terrifying and scary and exciting.

Stuart: Name some of the challenges?

Ryan: The movement aspect of the show will be challenging. I love physical work. I’m so excited about that. As far as the character goes, Christopher is such an interesting, complex human. He sees things differently, and trying to put myself in his shoes. I’m a very literal person in life, so I relate to Christopher with how he sees things very black and white, but also he has an incredible imagination that I wish I had. So I’m really trying to tap into that and let myself go to these places.

Stuart: The character has high function autism and, as we said, Christopher is gifted.

Ryan: My father-in-law and my mother-in-law volunteer at their synagogue every first Thursday of the month, it’s called Friendship Circle and it’s a beautiful program for adults with autism and people on the spectrum. I got to meet some of them—I went to their annual award ceremony this year-

Stuart: So what should people expect when they come see this play?

Ryan: I mean I think this is such a universal story, I found after the first reading today that the play became about limitations we put on ourselves. You know, Christopher had these limitations only because everybody says “you can’t do this” “You can’t go to London”, “You can’t take you A-Level maths” and he bucks all those. I think when you sit in the audience, you’ll think of your own limitations that you put on yourself or other people have put on you and see that if this kid can do it, anybody can.

Stuart: It’s really about breaking all limitations and surprising yourself.

Stuart: I think audiences can expect a really wild ride as far as how this young man’s story is told creatively.

Ryan: It’s so fascinating because you get to look into his life and see how he sees the world in this beautiful way. You get to see how Christopher sees the world, and I think that’s going to really effect and excite people when they see it.

Stuart: Even we, as the artists working on this piece, can recognize how special the play is. Just listening to the reading today and hearing all the actors in their parts, I can see how the piece will come together. I’m going to be really honest I wouldn’t have wanted to share this experience with anyone other than you.

Ryan: Thank you, and I couldn’t imagine doing this play with a different director or another theatre. I don’t think anyone can bring to it what you’re going to. 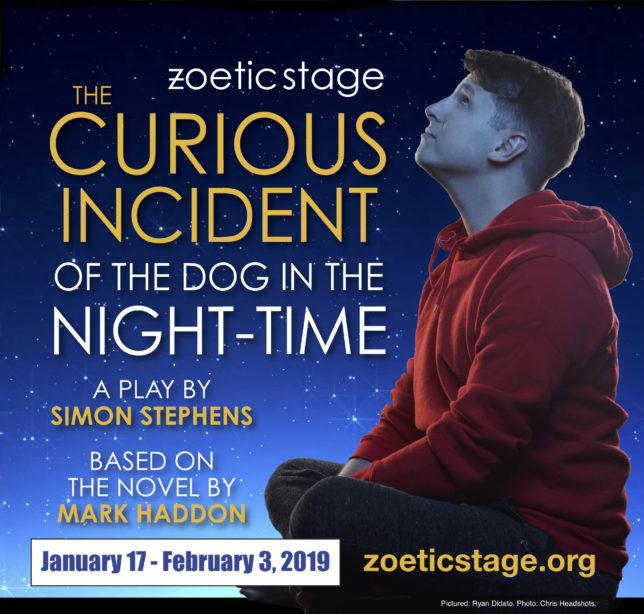